As always, apologise for the radio silence. You know how life gets in the way? Yeah, that. Coupled with the fact that it's January and that means we're all recovering after having had a few months run up to Christmas.

In early December Tutti Rouge so kindly offered me their new Jessica set to review. I'd been hotly anticipating it's release and subsequent #illegalcleavage social media campaign featuring curvy redhead Lucy V. I was delighted when I received the set through my door! I initially requested the bra in a 28GG and thong in a medium but on arrival I realised that I'd underestimated myself and needed a size up in both, so a 28H and large thong, which I'm happy to say, fit beautifully. The matching suspender belt is a small. So if you're between sizes in both bras and pants, you'd do better to size up as I did. 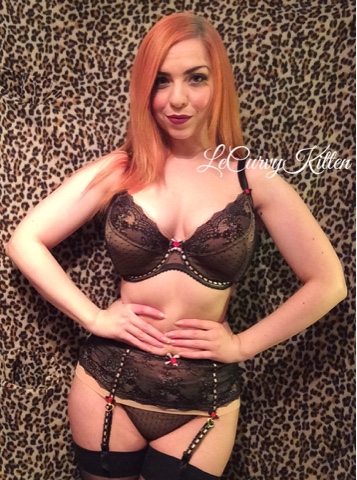 What sets the Jessica bra aside from anything else I've ever seen on the market (particularly in plus bust brands) is that the bra has pockets on the inside of the cups for its padding. Now, this may not seem that unusual but the bra is unpadded and the padding is made in a way to give you multiple options. The band is accurately sized and the cups, Although not particularly supportive on myself, as my boobs aren't all that perky, are made from a stretch mesh are accommodating for asymmetrical boobs. If you're a fan of unpadded AND padded bras, then Jessica is worth a try. 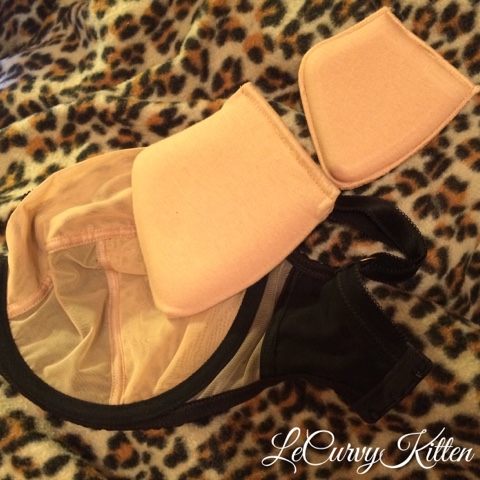 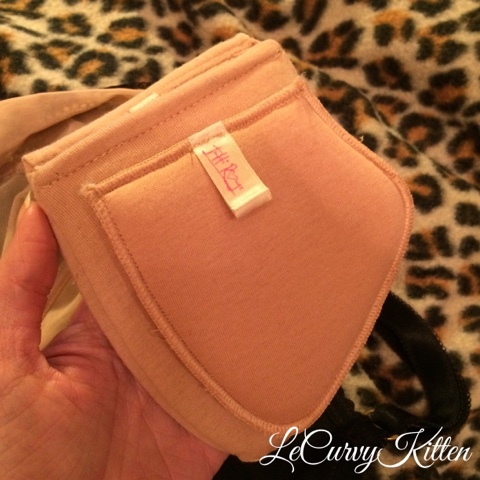 The pads, or 'cookies' as Tutti Rouge like to call them, are a rectangular-ish shaped pocket (so a double layer of padding) containing another smaller pad. The idea behind this is that you control how much cleavage you want with the added benefit of being able to even out asymmetrical boobs should you struggle with that. The cookie system gives you, if you're not taking into account any asymmetry, 4 different levels of padding; unpadded, small cookies, cookie pocket and cookie pocket with smaller cookies inside. Are you feeling the urge to eat a cookie yet...no, me neither... ;) 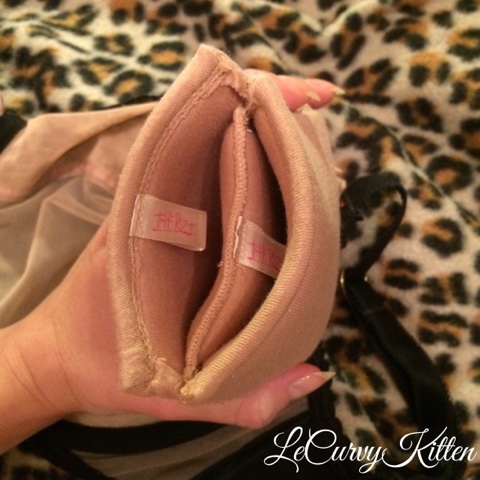 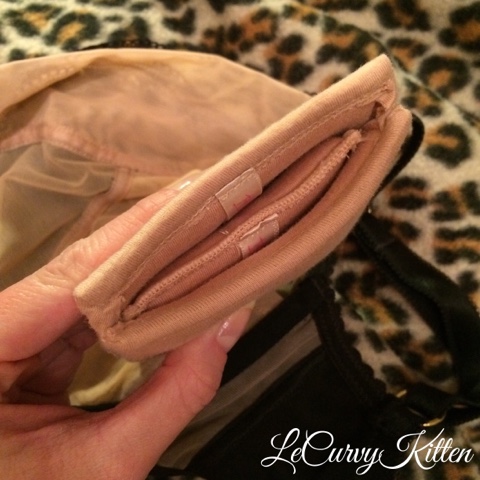 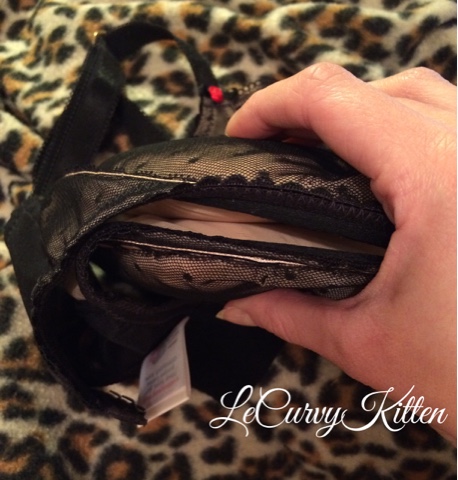 I love the idea of effectively customising an OTR bra yourself, and as I touched on before, if you have noticeable asymmetry then this bra if definitely worth trying out. I estimate I have a difference of half a cup maybe, so it's not all that noticeable once I'm wearing a bra. 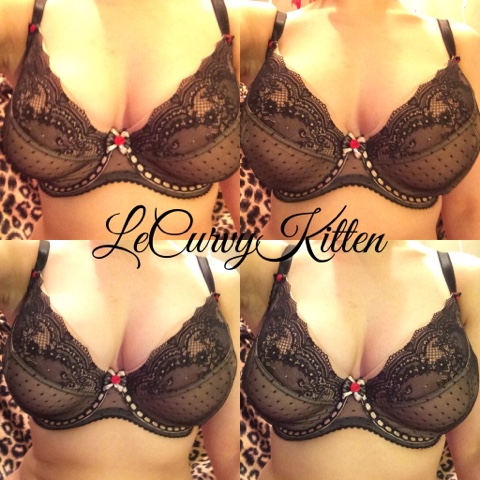 The thong in a large is perfect on me, as long time readers know, I'm well blessed in the hip/butt department and I like to make sure I don't get any bulges so I usually size up on what's recommended on your average size chart. The suspender belt is a small and is a little on the large side if I'm being picky, but works out fine. I just wish I could buy suspender belts and pants in the same size! Damn curves! That said, I don't ever wear suspender belts for anything other than photoshoots anyway, so ignore my whinging! 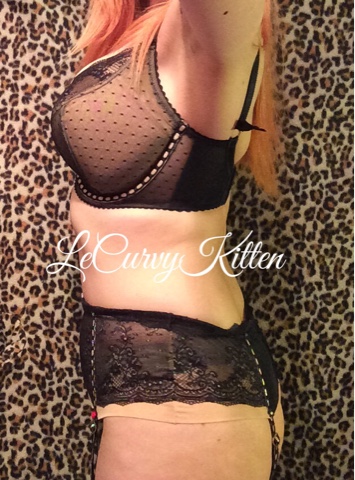 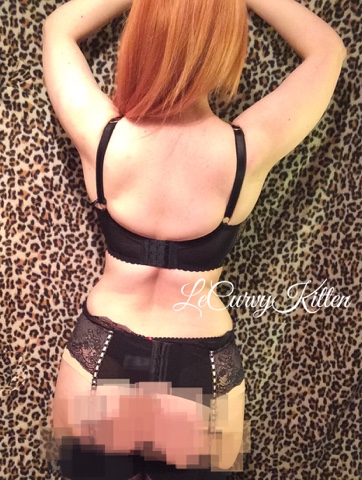 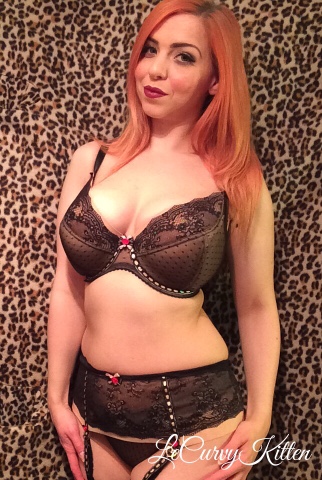 As always with Tutti Rouge, it's the details that make the sets that bit different from other brands, such as the heart strap adjusters, which I bloody LOVE! The fabrics, trims and colours have all been chosen with great care and tie in beautifully with one another. 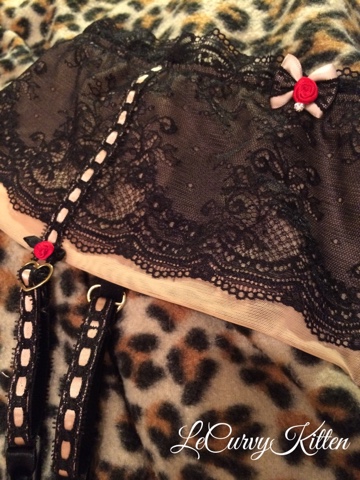 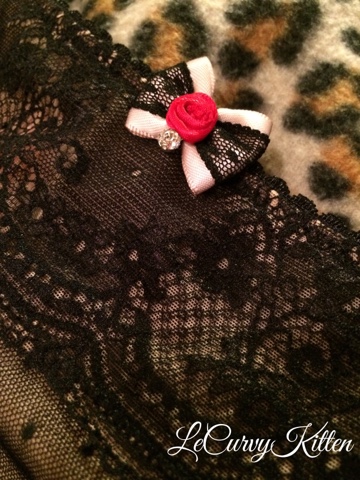 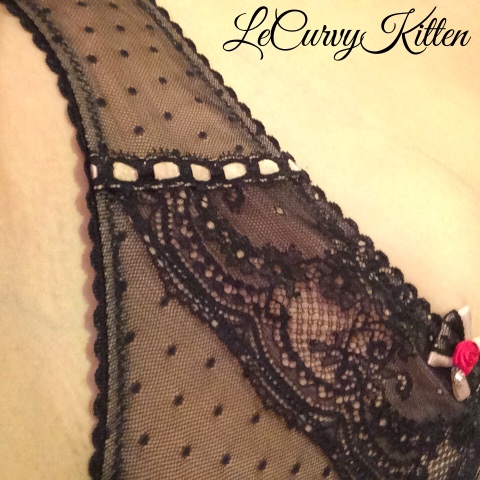 Since I always have to have something to moan about it would have to be the bulk and particularly the shape of the cookies. Once you have all of them fitted inside your bra you will be able to feel your arms rub against them once you start moving around. The other issue is the shape. provided you're not wearing something *too* tight fitting, you'll be okay, but when you wear this bra with a slinky bodycon dress there's a very real risk of the chunky non boob shaped cookies being visible. Personally I'd have made the cookies in the traditional 'chicken fillet' shape. 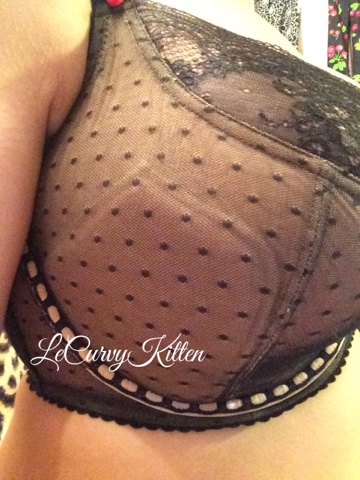 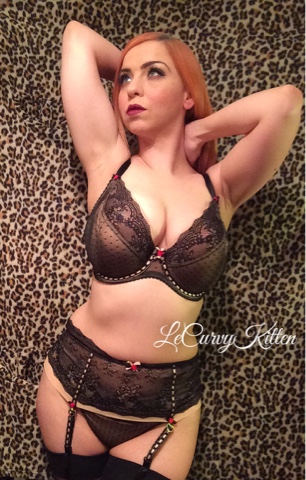 Anyway, Overall I love how this set looks and how versatile it is with its multiple looks. Have you tried the Jessica set yet? Is the concept of customising the level of padding something that makes you want to try it? 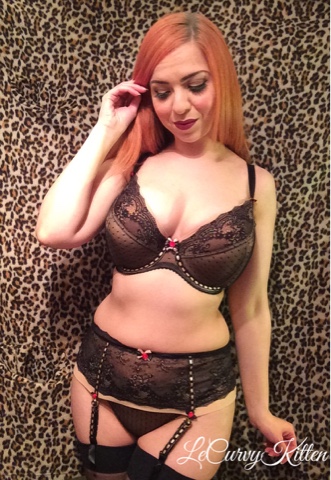 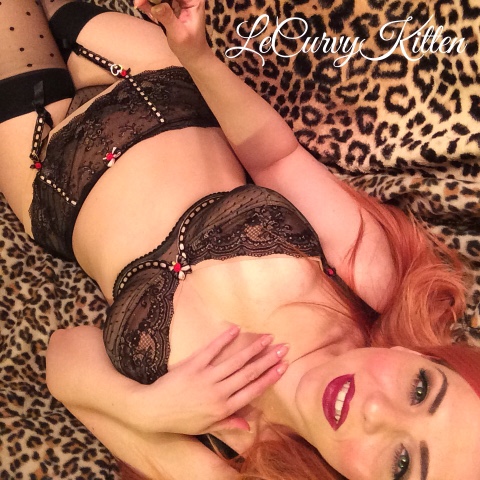 As always, thanks for reading x