I realise this topic has been blogged to death, but it’s been on my mind lately. For the past 10 years or so, there has been a notable movement to feature more ‘real women’ in the media. This all started off well, with Dove toiletries using women of all shapes, sizes and colours in their adverts. Apparently, these women are ‘real’. The definition of real is merely that it exists, so while some argue that this is a silly term to use, I’m of the other way of thinking, in that it’s possibly the shortest and most accurate description they could have used. By real, they mean someone you’d see in the street, your neighbour, the woman sat next to you on the bus, not an airbrushed professional model. I’m not suggesting the ‘real women’ aren’t photoshopped too, because they will be, but in a different manner, such as evening out skintone rather than taking off inches of an already slender body. It’s become a sad fact of life that we’ve grown to prefer the photoshopped image. So what do we prefer? Do 'real women' sell? 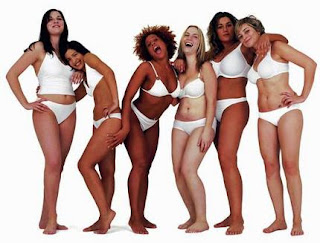 Now, it seems the more and more we're seeing 'real' women, the more we're seeing bigger women. I completely agree with using plus size models; it gives us an idea how products will look on a more average figure (which is supposedly a UK 16) but, as pointed out by my boyfriend,  plus sized  models with a less than average figure are used. How many size 16 women do you see that have perfectly proportioned hips, bust and a enviably small waist, with long legs and toned arms? Not many, right? On a size 16 woman you'd see in the street, you're more likely to see an apple shape with bingo wings. In reality, would we really want to see the average shaped (and that's what it boils down to here-shape, not size) woman modelling? 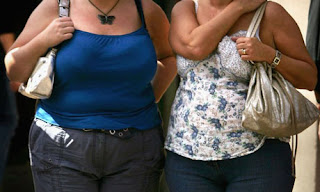 For every nice comment ("it's good to see someone like ME modelling") about a plus sized model, there are 10 nasty comments ("pig in knickers")....and in come the "curvy vs skinny" (Yaaaaawn) brigade. People, for whatever reason, feel the need to take sides and bash the opponent. I'm interested to know why. Is it jealousy? Do they believe themselves to be 'better' than the other party somehow? Why do they? Is it a health thing? An aesthetics thing? It always boils down to a matter of personal opinion, although why some people feel the need to express their opinions so brutally is beyond me. When I was in Star In A Bra last year I got a little abuse from someone who made it their job to repeatedly tell me I'm fat. Even Lizzie Haines, the stunning brunette who won the competition also came under fire from a few Daily Mail readers recently when she featured in an article about her winning the 'Plus Size Model of the Year' title from 100% people. I'm guessing these are the sort of people who have an average sized girlfriend/wife at home, yet feel the need to look online at pictures of airbrushed Victoria's Secret models, wishing they were theirs. Well, GET REAL, look what you have and learn to appreciate it, and don't abuse others for their success! I understand this will never happen and being in the spotlight will always leave you open to abuse, no matter what your size and shape :( 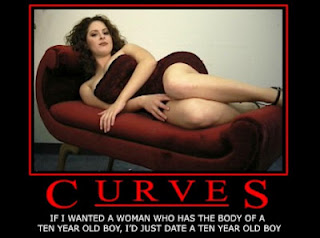 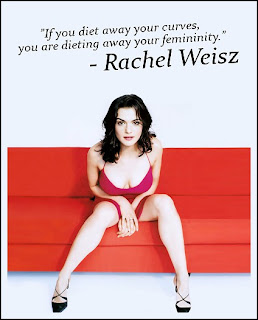 Does it sell?
I'm not bashing plus sized women, don't get me wrong, I'm just pointing out that in the grand scheme of things, the fashion industry can't win when it comes to models. Pepperberry infamously use increasingly smaller models and claim that when larger models were used, their sales figures dropped. Have we all become moulded into the belief that slimmer women look better? Women say they want 'real women' to model the clothes they might want to buy, yet when they do, sales drop? Really Pepperberry??

One of Pepperberry's newer, slimmer models 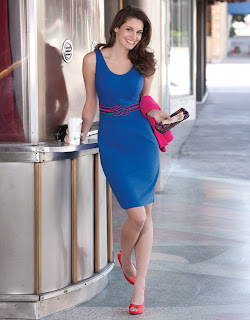 Recently, Lucy Ann Moore won the competition for Ann Summers to seek out a new model. I walked past Ann Summers on Saturday morning and rather than featuring the model that the public had voted for, a thinner model was being used on the main advertising board, even though I KNOW Lucy was photographed in the very same outfit. And what's more, just take a look at their home page here. Where is Lucy? Is it all merely a publicity stunt? Who cares if they use the model afterwards, they've got people interested in their company by launching the competition and by getting people to vote and share. I care, as I'm sure many others do too. I think it's unfair on Lucy. I realise it's early days but even so... 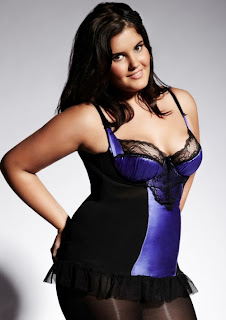 One company you WON'T see hiding their public's choice is Curvy Kate. Their Star In A Bra competition runs annually and last years' winner, Lizzie Haines has enjoyed a whole year of modelling and publicity. Obviously I'm slightly biased towards Curvy Kate, as I featured in the 2011 Star In A Bra top 10 myself. Curvy Kate are only too happy to parade their winner! Check out Lizzie's website, Do It Momma too, you'll see she's more than just a pretty face (and bangin' bod)! 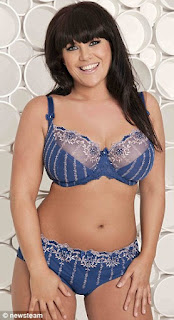 Time to wrap this up as I feel I'm rambling on waaaay too much!
My solution is indeed costly, but companies would find it would make their customers love them more, and thus increase sales. It is to simply use three models per product; one at the smallest end of their size range, not one so small that the clothes have to be pinned to fit-one in the ACTUAL smallest size they make, the next at the largest end of their range, and one in between. It could be argued that this method is costly both moneywise and timewise as the company would use three models, but they tend to use that amount of models anyway a lot of the time. Why not show size variation rather than colour variation (as in colouring, not a racial thing! You know, skintone, hair colour, etc.), as this is what tends to be used currently. I'm interested to know what you think? What would sell the product to you? Someone with the same skintone and hair colour or someone in the same size?
Please let me know your opinions :)
Posted by kel_kitty at 03:17