So, Slightly confusing title. I thought it would be a good idea but then I couldn't get it to work, ok?? Don't judge!

After looking back at last year's review of the black underbust corset with hip panels and realising how well it fitted I decided I wanted to try the overbust version, and when the folks from Corset Story (AKA Corsets UK) offered I willingly accepted! 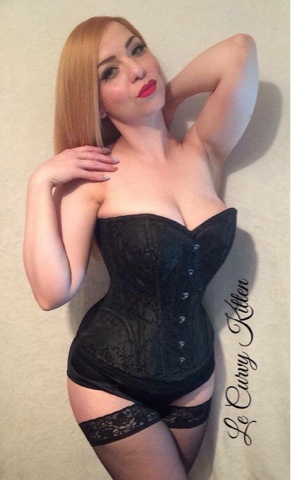 I originally wanted the plain satin version but it was out of stock in my size (22" for Corset Story corsets, usually 20" elsewhere) so I chose the black brocade overbust with hip panels (£69 at the time of publishing) instead. I'd intended to use it as a base for my Columbia costume when I see The Rocky Horror Show in May, but on arrival I realised it was too pretty for that, so I might have to rethink my plans! 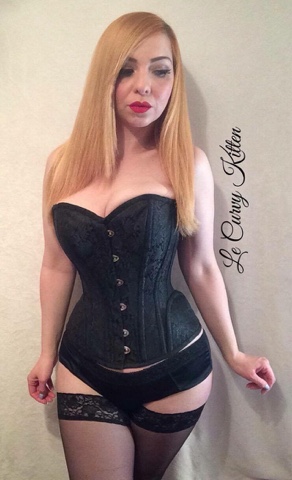 As always, Corset Story provide a swing tag with a bit of blurb on their corset construction along with a sample of their spiral steel boning, which I think is a nice touch. The outer fabric is a decadent black brocade which doesn't photograph especially well but in person is divine! 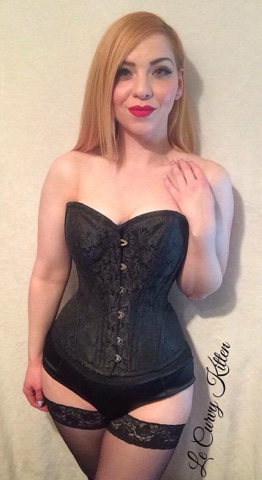 With my awkward measurements I was concerned about the corset not fitting well enough in the bust but for a relatively inexpensive off the rack (OTR) I'm happy to report its pretty damn good! Its not bang on as you'd expect but it's close enough! .The hip panels, as I found with the underbust last year, help make this corset an excellent fit on me and give a nice gentle curve whilst still being shaped enough to give that Jessica Rabbit style nipped in waist I'm always looking for in corsets. 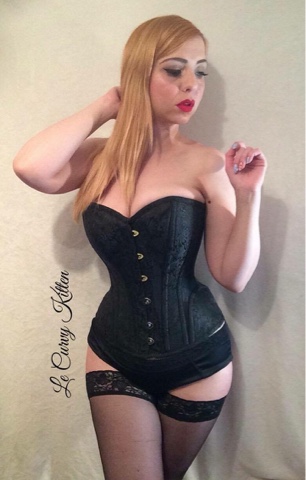 Since I'm short in the torso this corset is a touch on the longer side for me, but that's not to say it won't work on you. The modesty panel is a pesky little thing to straighten when you're lacing alone, so bear that in mind when you're thinking "WTF?" while looking at my pics! It laces up quite easily and the cords slide smoothly, but also have a bit of 'bite', meaning they don't slip much when you're lacing, which as some of you corset wearers may know, is a huge bonus, particularly when lacing alone.
Before this next picture I'll mention that yes, I'm aware that corsets should be laced evenly, meaning the back should be parallel but I have shoulder problems and was struggling to fully lace up on my own! Also, since I wouldn't be wearing an overbust for waist training I don't feel this is as important as it would be for an underbust. 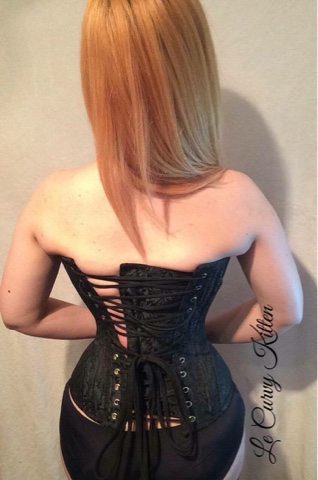 This corset is well constructed and I'm surprised to find something OTR that fits so well. Given their low price point I'd recommend Corset Story to anyone wanting to dip their toes into the decadent pond of corsetry. Avoid cheap cylindrical corsets on eBay and start here! Keep your eyes peeled for offers over at Corset Story as they often have good deals and sales on! 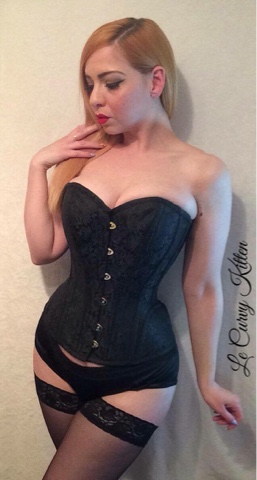