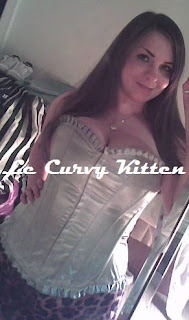 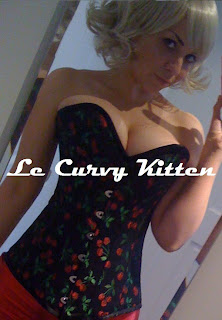 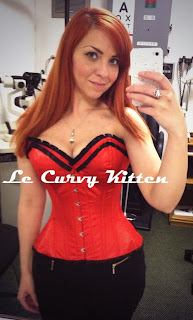 Crop tops for busty gals? Can you, would you, dare you?

A few weeks ago Georgina of fullerfigurefullerbust tweeted that she'd tried on a crop top and since then I was curious about how they would look on me. As I was browsing in Primark one lunch hour, I saw a few I quite fancied and decided to give them a try just to see how they'd look.

I chose to team the crop tops up with a green jersey midi skirt, costing just £5. The skirt is available in red, blue, green and black. Primark didn't any have any in my usual skirt size 8 so the one in the photos is a size 10. I'm not overly keen with the midi length on me, but apparently it's THE length to wear so I guess I can live with it.

First up, a colourful Aztec print top in a size 6. Costing £6 (I think it was?) it's a cheap and easy way to work this seasons daring trend. The problem I had with this top is that besides making me look ALL boob, you could clearly see my bra straps. 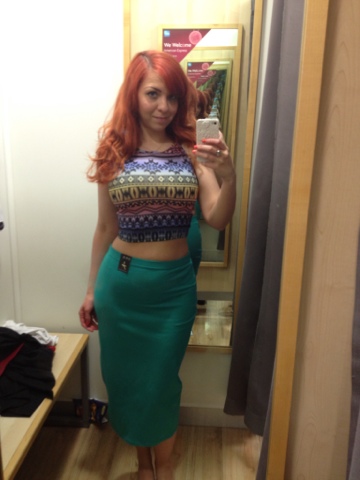 You should all know by now that I'm a complete sucker for anything polka dot, so this black and white crop top immediately caught my eye. Costing £4, it's so tempting! Again, it makes me look very busty, but I kind of like how I look in this outfit and may well end up buying it. At just £9 fr both the top and skirt, I think I can justify it. My only issue is that the outfit might be a bit too young for me with me turning 32 in a month's time. 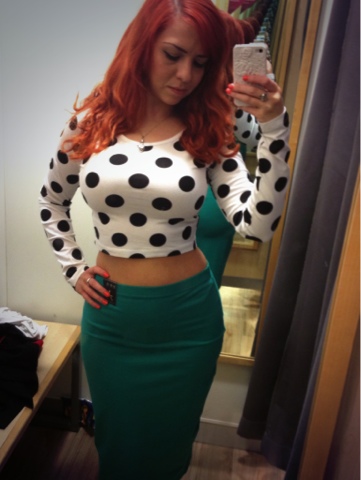 So, my curvy readers, what do you think? Would you dare to bare your midriff this summer for this latest fashion trend or is it all a bit too much for you? Would you avoid wearing fashions you know look good on you because you feel you're too old for them?
Posted by kel_kitty at 08:48 12 comments:

I wouldn't normally write about a shop or brand that doesn't fit me as I can't give an accurate review in terms of fit and comfort, but this week I was blown away by what my favourite high street store, Primark has to offer in their lingerie department. Here are my top picks;
This seasons loud and proud trend for neons isn't just limited to clothes, as Primark prove with this eye catching longline. This could be also worn as a crop top, again bang on trend. In sizes 32AA, 32-34A, 34-36B, C and D, and 34DD. The set costs just £8 so why not treat yourself to something fun? 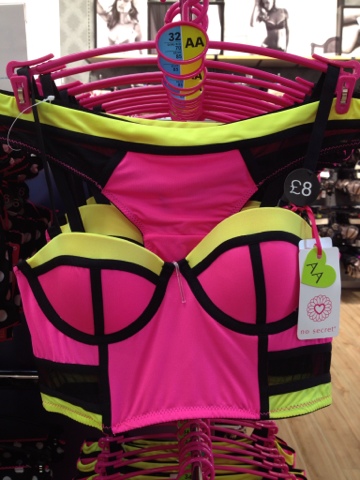 Sticking with the neon trend, how about this moulded leopard trim longline bra in bright orange? Again, it comes with matching pants/thong/shorts and costs £5 in sizes 32AA, 32-34A, 32-36B, 34-36C-D. 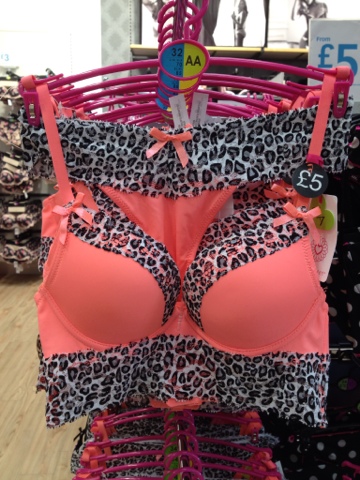 If cute prints are more your thing, how about this geek print set in sizes 32AA, 32-32A, 32-36B, 34-36C-DD for only £4! I absolutely love this print, it's so fun! This pink plunge bra also features a racer back option, useful for summer. My only criticism about this bra is that it's made from a jersey fabric which tends to stick to clothes and flattens my breasts. Of course, this might not happen to everyone. 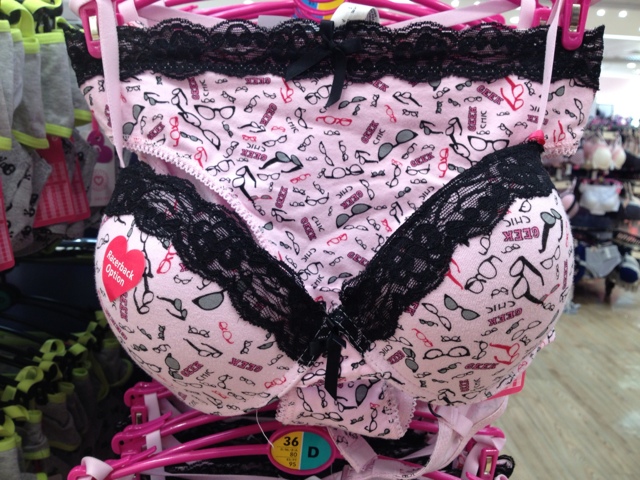 Aside from the fun prints and colours Primark also have a huge offering of stunning luxury styles made from faux silks and lace. Their stock appears to be of a decent enough quality, but without testing them, I can't confirm that they will last as well as more expensive specialist lingerie brands. 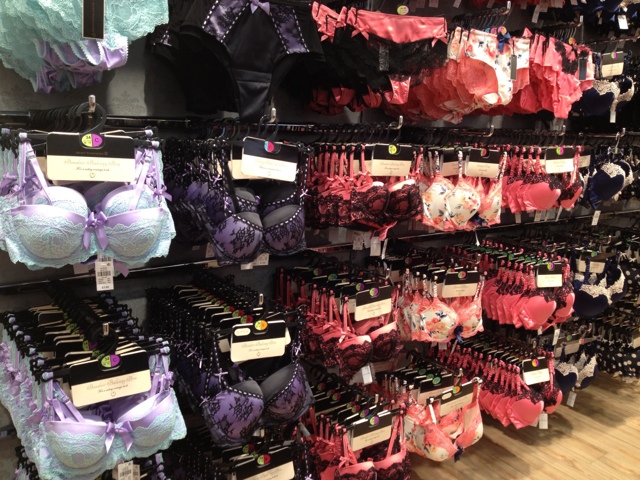 There are LOADS of designs to choose from, and prices at around £7 for the bra and £3 for the briefs of shorts, here are a few of my favourites; 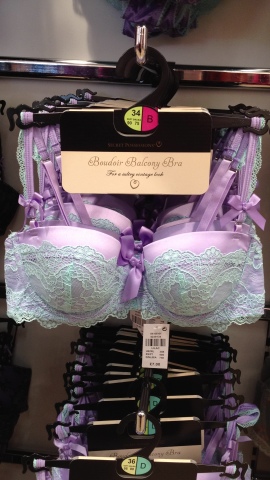 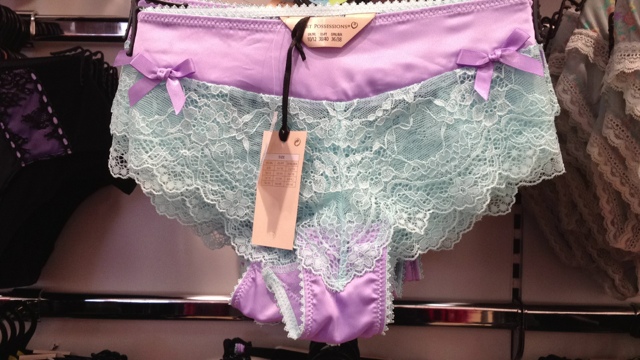 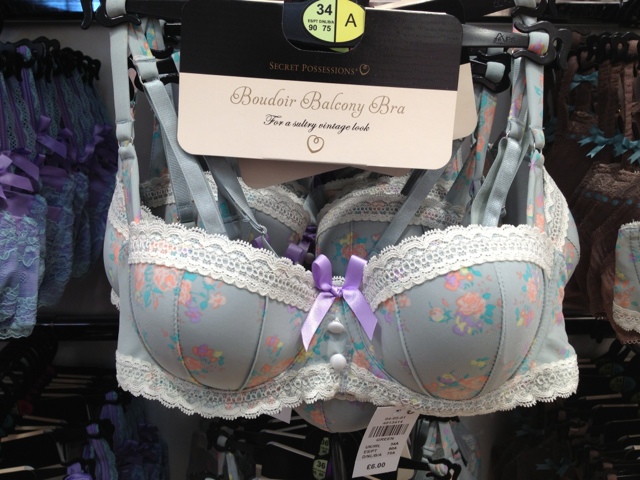 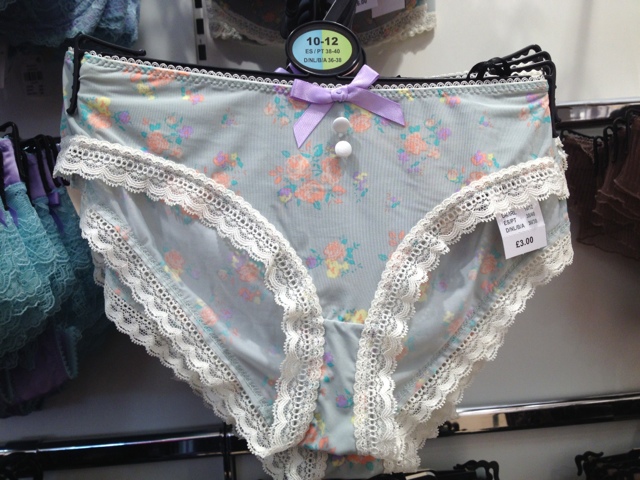 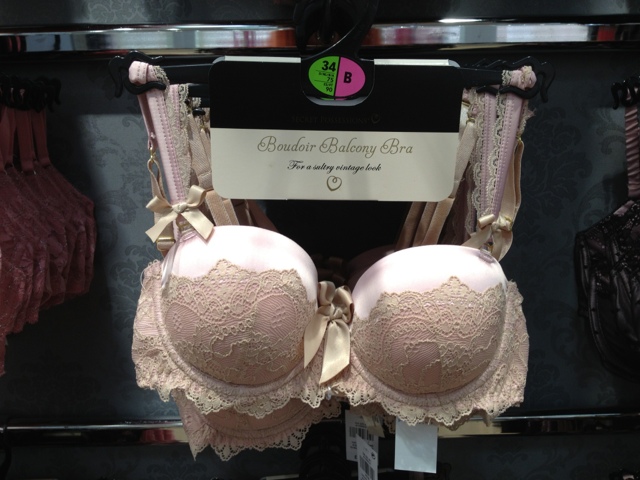 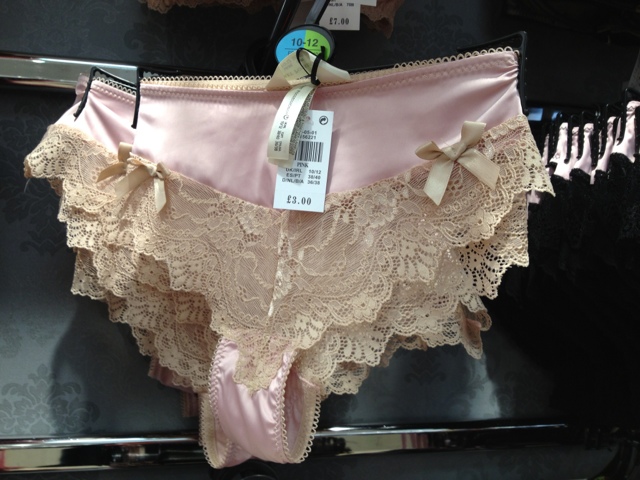 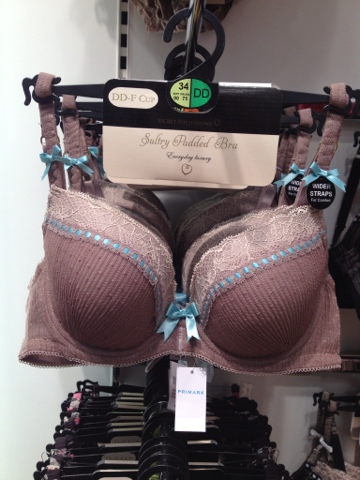 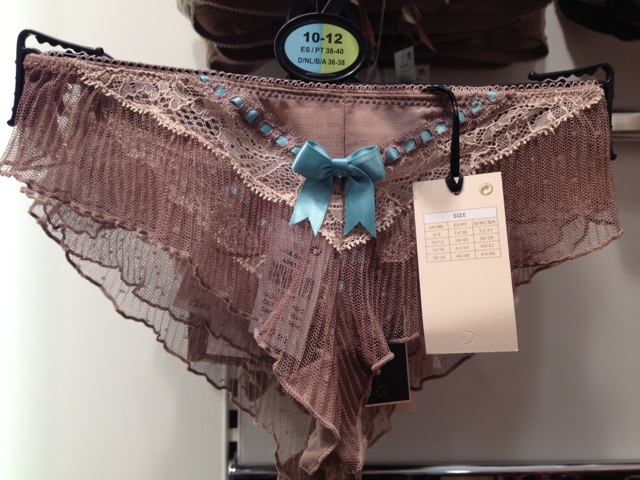 Most of the above styles start at a 34A and go up to (but not inclusive) a 38DD, so as I said at the start, nothing will fit me, but if you're lucky enough to be of a high street bra size, then give them a try!
What do you think of Primark's lingerie range? Have you tried it for yourself?
Posted by kel_kitty at 07:28 8 comments: